Visit us for your Shoulder Pain - Shoulder | Elbow Orthopaedic Group Tennis players did not admit to significant impairment when performing the majority of tennis strokes such as forehand, backhand, volleys, and serves. The major limitation referred to was landing after hitting a smash. This task has often been perceived by ACL deficient subjects as being difficult to carry out with confidence.8 Many players from the study group referred avoiding the smash entirely.

Interesting information was obtained about displacement while playing tennis. Injured players did not have significant impairment in forward running such as in “serve and volley” or “reaching a drop shot” movements. This finding was in agreement with previous studies—for example, Czierniecki et al found that running in a straight line may not generate sufficient rotational torque to initiate rotational instability in the cruciate deficient knee.9 In contrast, ACL deficient players show major limitation when trying to “stop suddenly and change direction”.

This type of stressful deceleration creates high anterior loading on the tibiofemoral joint.10 Both external varus‐valgus and internal‐external rotation place increased load on the knee joint during cutting movements compared with normal running.11 Varus‐valgus and internal‐external rotational movements are believed to be responsible for increasing knee joint ligament risk of injury. External flexion loads, valgus and internal rotation during sidestepping all have the potential to increase ACL and medial collateral ligament load substantially.11 The ability of normal subjects to undertake deceleration tasks without ACL rupture or giving way of the knee is attributed to the coordinated interactions among the ligamentous and other soft tissue passive restraints, joint geometry and congruency, friction between cartilage surfaces, active muscular control, and tibiofemoral joint compressive forces.10 Approximately 86% of shear forces are considered to be restrained by the ACL12; however, in ACL deficient knees these loads must be restrained by the articulating surfaces and the surrounding soft tissues.10

Most ACL injuries are indirect in nature yet occur during contact sports. Tennis involves tremendous forces during cutting, pivoting, and sudden deceleration manoeuvres; nevertheless ACL injuries are less common in tennis than in contact sports.13,14 In this series, most injuries occurred during contact sports such as soccer or rugby, but the exact mechanism (direct v indirect) was not determined. Sallay et al13 hypothesised that a tennis player is not as likely to sustain an ACL injury because of the ability of the neuromuscular system to coordinate muscular function in anticipation of each movement, with little surprise effect. Many investigators have indicated that anticipating a movement can change reflex responses and postural adjustments to minimise forthcoming perturbation and maintain appropriate posture.

Besier et al15,16 were able to confirm previous hypotheses indicating that knee joint moments increase under unanticipated conditions compared with preplanned manoeuvres, primarily because of a large increase in varus‐valgus and internal‐external rotational moments under unanticipated conditions. It is believed that unanticipated movement alters the external moments applied to the knee by reducing the time to implement appropriate postural adjustment strategies. Tennis may cause a low incidence of indirect ACL injury owing to the absence of frequent complete twisting manoeuvres and high jumping, as well as enough time for the player to anticipate strokes, especially from the baseline.

ACL injured players described significant impairment of their recreational tennis performance compared to preinjury level. Results from the present study may support the need for surgical treatment for competitive tennis players with ACL deficiency. Further studies are needed to determine the true incidence of ACL injuries in tennis, to analyse tennis motion knee biomechanics, and to establish the degree of improvement in tennis ability after ACL reconstruction.

Tennis players with an ACL deficient knee showed a clear incapacity to play on hard courts, where demanding eccentric deceleration motions occur. Frontal and rotational knee moments are thought to be increased when playing on hard surfaces owing to greater friction between the foot and the ground.11,17 Clay courts seem to be a better option for ACL deficient players.

Limitations of this study include problems associated with questionnaires, and shortcomings related to retrospective determination of the preinjury performance level. 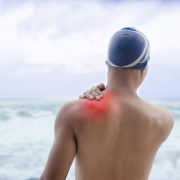 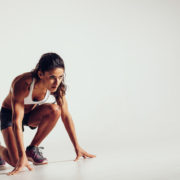 Are Ironwomen more prone to Injury?